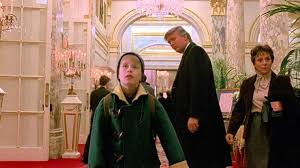 Basically a complete retread of the first Home Alone, only set in New York rather than Chicago. Kevin McCallister is once again left by his negligent family. He again lives it up by himself before realizing that he loves and misses them. He again fortifies an entire house in less than 3 hours. Joe Pesci and Daniel Stern return to be terrorized by the most resourceful ten-year-old of all-time. Kevin becomes friends with a seemingly terrifying stranger (this time a bird lady played by Oscar winner-Brenda Fricker). It’s all recycling, and I have no problem with that. It’s a very entertaining formula. It warranted two films.