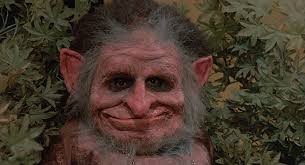 A young boy tries to convince his family that the town they’re vacationing in is overrun with goblins. It’s important to note that there are no actual trolls in this picture (just one of its quirks). Well known as perhaps the worst film ever made, this “horror movie,” whose revelations include a character realizing that the town he’s in-Nilbog- is goblin spelled backward, is one of the funniest things I have ever seen. Its inanity in every aspect reaches legendary lows. As of today, I will crown this catastrophe the worst film of all-time.