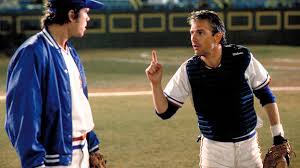 As equally fantastic a romantic comedy as it is a baseball movie, Bull Durham stars Sarandon, Costner, and Robbins caught up in a heavily imbalanced love triangle. Sarandon plays kind of a baseball groupie who takes in a different player every season. This season though she finds herself falling for a dogged veteran (Costner) as she takes in the talented meathead (Robbins). Sarandon has a difficult role. Her Annie Savoy wouldn’t normally be the hero in a romantic comedy, and Sarandon makes her charming and the work seem effortless.