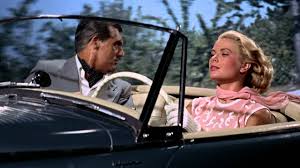 A fantasy where all the actors are beautiful, all the dialogue is witty, and all the costumes are stunning. It’s escapism in its purest form as Cary Grant, a reformed cat burglar, attempts to clear his name in a new string of jewelry thefts that have copied his old m.o. This leads him to Grace Kelly whose mother owns and is rather careless with several high priced pieces, making her a likely target for Grant’s imposter. Set in the French Riviera, shot in Technicolor, this movie demonstrates how great even a superficial film can be when executed perfectly.