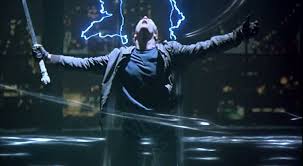 I’m amazed that this film is as favored as it is. Highlander is a poorly executed action flick with a handful of good ideas. Lambert (a Frenchman) plays an immortal Scottish warrior in the 16th century who lives out his eternal life mourning the loss of a loved one and battling his archenemy, The Kurgan. There’s, of course, more to it than that, but I stopped caring. The acting is bad (even Sean Connery is squandered playing an Egyptian in a film about Scots). The camera trickery is cool at times before it becomes ultra-gimmicky.