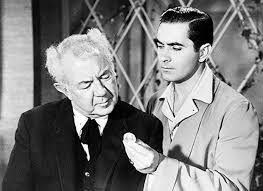 Stephen Fitzgerald (Power), an uptight newspaper journalist, takes a trip with a friend to Ireland and meets a leprechaun named Horace (Kellaway). Rather than take all the creature’s gold as he’s entitled to do, he continues on his merry way, and Horace, out of gratitude sets about repaying him, though his form of help is often more trouble than it’s worth. Anne Baxter stars as a local beauty Fitzgerald meets while in Ireland. A whimsical romantic comedy that’s very well-written and acted. I can’t tell if the Irish accents done by both the American Baxter and the South African Kellaway are done right or not so that never factored in for me.