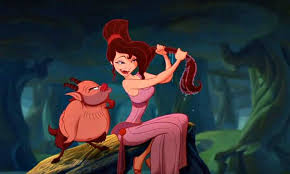 After a plot by the scheming Hades (Woods) goes astray, Hercules (Donovan), son of Zeus (Torn), winds up mortal and raised by adoptive parents. Not fitting in due to his immense strength, Hercules sets out on a quest and learns of his true lineage, but in order to reclaim his position as a god, he’ll have to prove himself worthy. Working from a diverse array of Greek and Roman mythology, Hercules is a fast-paced, funny, surprisingly light (despite its dark humor at times) animated comedy with great characters and music. The gospel choir as the Greek chorus was an inspired idea, as was DeVito as the Satyr/coach, and James Woods as the bad guy. Not as substantial as some of the other films Disney released during their Renaissance, but a fantastic film.