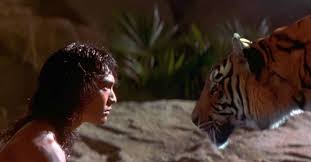 Loosely inspired by Kipling’s stories of India, here, a grown Mowgli, raised by wolves, reunites with a childhood friend and attempts to find his way in human society (one formed by an imperialist culture). Superb action adventure fantasy featuring several exciting and terrifying sequences like runs from tigers and baddies being buried alive. Lee does a credible job of selling the fish out of water aspect to his Mowgli character. There have been several excellent adaptations of The Jungle Book, and this is definitely one of them.
-Walter Tyrone Howard-
(422)