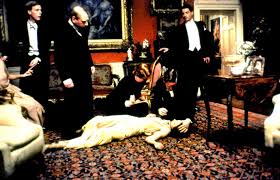 It’s 1930’s England. Sir William McCordle is throwing together a hunting party and the list of invitees include friends and enemies alike, though there’s little distinction between the two in his case. Soon he is dead, and we’re left with a good old fashioned whodunit, but this is a Robert Altman film, so it’s a little bit more. Full of amusing characters (Maggie Smith’s subtly insulting dame, chief among them). Filled to the brim with secrets. This is an odd whodunit where none of the characters in the film actually care who killed the victim, and a murder mystery film that invites multiple viewings and improves with time. Written by Julian Fellowes who went on to great heights with Downton Abbey, another take on the upstairs-downstairs dynamic of Old English life.