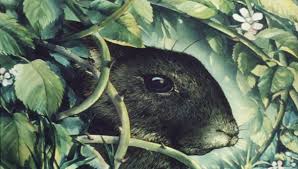 An apocalyptic vision of sorts causes Hazel, Fiver, Bigwig, and a coterie of rabbits to search for a new home in this thrilling adventure film based on Richard Adam’s novel for all ages.  Though animated, this story about this group of rabbits’ odyssey is actually horrific at points. The filmmakers don’t water down the material-rabbits are shown being killed on screen-and its biblical and political undertones (Moses and the Israelites looking for the promised land, totalitarian societies) give the not-so-cute rabbit tale dramatic heft. The 1970s was a poor decade for animation, but this British picture is an exception. Probably the best-animated film of that decade.