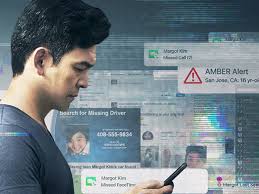 Told exclusively through web cameras and found footage, Searching follows David Kim (Cho), a widower, through every parent’s nightmare: his teenage daughter is missing. Police seem pretty sure that she’s run away, but David knows that she wouldn’t do that… would she? In searching for his missing daughter, he finds out how little he knows about her. Marketed as the first found-footage thriller, the style, poorly done, would be just a cheap gimmick, or, done slightly better, a neat trick. In Searching, the found-footage, the suspenseful, gripping story, and the acting make for a fantastic thriller. The style ratchets up the intensity. Like most thrillers, Searching depends a bit on farfetched solutions and contrivances, but it’s so expertly done, that there is no reason to complain.