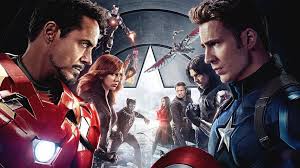 The Marvel heroes are at war…with each other. I rolled my eyes at the idea, and yet still thoroughly enjoyed the movie. Basically, Tony Stark and Steve Rogers have different ideas about the direction of superherodom. They recruit other Marvel heroes/properties to join their side in the argument and they all face off 2/3rds of the way into the movie. There is of course a larger plot lingering that supersedes their battle and brings them back together eventually, but I don’t remember what it was about. I watched this film to see Black Panther and Spider-Man tangle; I can’t remember if this actually happened, but, in any case, it’s a fun movie. A beacon for DC to chase aimlessly.