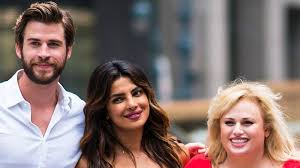 Natalie (Wilson) has been taught since an early age that Hollywood romance was for model-thin beauties. “Romantic comedies are fairy tales,” says her mother. After a blow to the head, Natalie wakes up in an alternate New York (the New York shown in rom-coms) where everything and everyone is beautiful. Her life’s a romantic comedy!  Despite a clever premise and an unconventional lead, Isn’t It Romantic plays it safe for the most part. It’s likable enough and vibrant and goes down smooth. It’s never laugh-out-loud funny, however, and not very memorable once it’s over.