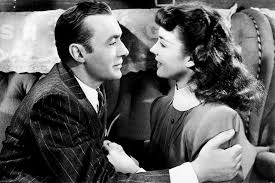 Cluny Brown is a wonderful character, played beautifully by Jennifer Jones. A working woman in 1930’s England, her uncle does his best to teach her her place in society and to not go beyond it. Working as a servant, she meets and befriends Adam Belinski (Boyer), who seems to be a foreign charlatan at first, but later proves to be a political refugee. He’s instantly smitten with her, and while she sees him as just a friend, he eventually wins her over with his kindness. As lovely as all Lubitsch’s films are, with great leads and sharp commentary on gentle society, Cluny Brown is an underrated gem.