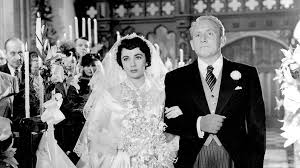 After his young daughter drops the news of her wedding engagement, Stan (Tracy) spirals through the overwhelming wedding plans and expenses, meeting with the in-laws, and seeing his oldest is no longer a child. A rare Vincente Minnelli film shot in black and white rather than color, the director shows a similar flair for visuals as in the nightmare wedding sequence perhaps inspired by old silent expressionist films. The themes and struggles of the film are timeless, so much so that the film was remade forty years later with its story intact. Mainly, though the movie seems slight, this is an excellent vehicle for Spencer Tracy, who is wonderful.