Since its inception, the Academy Awards have been about more than just the performance someone gave or the job someone did on some film that year. There are all kinds of external factors that decide who goes home with a trophy. When Humphrey Bogart won Best Actor in 1952, it wasn’t because his performance in The African Queen (as memorable as it is) was better than Marlon Brando’s in A Streetcar Named Desire. It was because Brando was the new kid on the block, and Bogart had paid his dues. He should have won three years earlier for The Treasure of the Sierra Madre, a film he wasn’t even nominated for. Career appreciation is a big factor pretty consistently at the Oscars. I think it will come into play again this year with Glenn Close finally winning. I haven’t seen her film yet, and for all I know, she gives the best performance of the year. She’s a fantastic actor. But even that being the case, you can’t tell me her career and six prior nominations with no win (a record for women) don’t come up at all in voting. 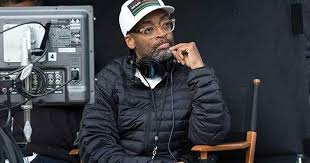 A new consideration has cropped up in recent years with the emergence of #Oscarssowhite. Look at the three years prior to that episode, that backlash, and the three years since. In the Best Supporting Actor category, Mahershal Ali will likely win this year, making that twice in three years. In the Best Supporting Actress category, if Regina king wins for If Beale Street Could Talk, that will be two black actresses in 3 years, with Viola Davis winning 2 years ago. I think this will help Spike Lee potentially pull off an upset, though lord knows he should have won this thirty years ago for Do the Right Thing.

I kind of want the Academy Awards to just reset and do away with the “they should have won already, so let’s make up for it now.” Attempt each year to recognize the best or most impactful job done in each category for that year. Get rid of all the external noise. Won’t happen, and no one will be upset if Glenn Close and Spike Lee win. They’ve been great for a long time.

I’m not smitten with any of the Best Picture nominees. If I could hand out the award, it would go to Hereditary, and most people would be put out because most people don’t enjoy gory horror films. That’s the best film of last year though as far as I can tell, but if I’m voting on what’s on the ballot, I’d vote BlackKklansmen. I’d vote Rami Malek for Best Actor for his incarnation of a music legend. Mahershala Ali for Best Supporting, though he likely doesn’t need my vote, and Spike Lee for Best Director. I’d vote Lady Gaga for Best Actress and leave Best Supporting Actress blank, having not seen The Favourite yet.