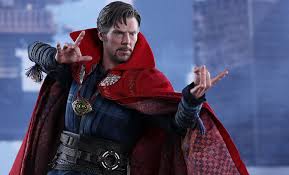 Alright addition to the ever-growing Marvel Cinematic Universe, Doctor Strange stars Benedict Cumberbatch as a brilliant but arrogant neurosurgeon who, after a severe and debilitating car crash, seeks answers in the mysterious Kamar-Taj compound hidden in Nepal. After years of training in the mystic arts under the Ancient One, Strange is thrust into a struggle between good and evil fought across multiple dimensions. The film delves into some weighty themes, like the eternal, control, surrendering to something greater, and does a pretty good job of integrating them into its adventure. Tilda Swinton received a fair amount of criticism for playing the Ancient One, a role that was originally an elderly Asian man in the comics. Looking past the problematic white-washing, Swinton is very good in the role. Strange proves an ideal vehicle for Cumberbatch, and I look forward to seeing the character again. However, this film bogs down a bit in parts, and despite excellent special effects, its illusionistic action sequences don’t create the groundbreaking superhero movie I was hoping for. Doctor Strange is simply not enough fun.