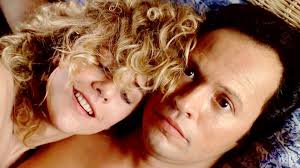 Harry Burns (Crytsal) and Sally Albright (Ryan) meet one day through a mutual friend, as they move from Chicago to New York. Harry makes a pass, Sally says let’s be friends, and then Harry informs her that men and women can’t be friends. Years pass before they see each other again, this time Harry’s willing to give it a shot, but their close friendship seems destined for more. When Harry Met Sally is a  romantic comedy that is, in fact, both romantic and funny. Endlessly inspired, whether it’s the old couple interviews, or getting huge laughs from a scene involving Pictionary, When Harry Met Sally is gold.