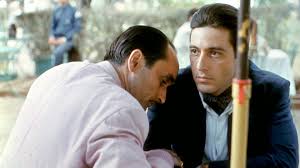 The Corleone saga continues, this time interweaving the rise of young Vito Corleone (immortalized by Marlon Brando in the first part, here portrayed by De Niro) in turn of the century New York with the continued exploits of a, now, powerful and influential Michael Corleone (Pacino). After Michael’s home gets shot up, he makes maneuver after maneuver to ferret out the traitor who set it up. Longer, more intricate, deeper than the first part, part II manages to be even greater than one of the greatest films of all-time in its predecessor. Pacino in his prime was a force of nature, bottled up in the all-too calculating character of Michael, which makes him a threat to implode at any moment. The slow-developing familial betrayals are devastating, and there are at least a dozen unforgettable characters.