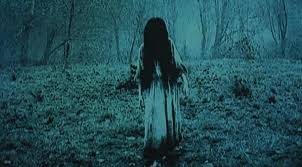 Watching a certain videotape prompts some strange entity to call your closest phone, and give you seven days to live. That is unless you get someone else to watch the tape. Unwilling to ensnare anyone else, Julia (Lutz) and her boyfriend, Holt (Roe), investigate, hoping to break the cycle once the mystery has been unraveled. The Ring movies never held up to questions of logic, but they moved past that with creative visuals, strong acting, and genuine horror. The original Japanese version never even bothered with explanations, making it scarier. This newest entry, with none of the cast or crew from the first two American remakes, wants to explain everything. That was a horrible idea. This film is so boring, which is remarkable for a “horror” film. Even the hack-jump scares aren’t exciting since they’re hollow. I know that this is a PG-13 film, and the two main characters aren’t going to die. That takes the thrill out of all of the “danger.” The acting is fine, given that the actors have nothing to work with. I hope D’Onofrio made a lot of money to justify him being in this. To be fair, his scenes in the movie are the only ones even slightly interesting (though still not good).