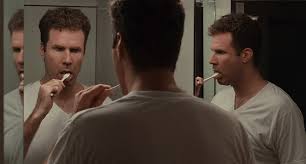 Harold Crick’s (Ferrell) life moves like clockwork. He’s a boring, dour IRS auditor. Then, one day, he finds out that he’s a character in some unknown novel and he begins to question the meaning of it all, just as he meets the woman of his dreams. Stranger Than Fiction is a thoughtful, provocative film wrapped in a light, charming exterior. Ferrell gives his best performance as Crick, a man examining his life and his place in the world at long last, and the supporting actors are all wonderful. Stranger Than Fiction reminds me quite a bit of Being There, another comedy that eschews the broad humor that would have been easy with its premise, instead, searching for something more profound.