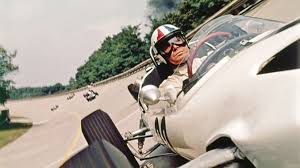 Follows the lives of four Formula One drivers through the 1966 racing season as they compete to be world champions. There’s Pete Aron (Garner). A stoic, but somewhat reckless American driver who’s blamed for his teammate’s wreck. Sarti (Montand), a Frenchman. The best in the sport, but starting to grow weary of it. He starts an affair with an American journalist (Saint). Scott Stoddard (Bedford), an Englishman recovering from a major wreck and his wife leaving him. And Barlini (Sabato), an arrogant and carefree Italian racer. The women, though certainly beautiful, are completely short-changed in this picture. As a result, the surrounding drama around the stunning race sequences does not measure up. Yves Montand’s character is the only one with any real depth. That being said, the racing scenes truly are special. John Frankenheimer is an amazing craftsman, and the film’s nearly three-hour running time fly by thanks to his vision.