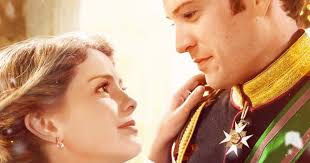 It’s easy to condescend to this treacly, made-for-television romantic comedy, and I intend to, but first, let me say that it is more successful at what it’s trying to do than most films. In the first movie, Amber (McIver) was a reporter trying to get a story out of the made-up country, Aldovia’s, royal family, but instead falling for the prince (Lamb). Now, in the sequel, she’s preparing for the royal wedding, while feeling the pressure and the scrutiny that comes with her new life. Like the first one, this is a perfectly pleasant enough time, with no surprises, decent acting (the father character gets a new actor in the role which is kind of awkward), lovely locations, and a happy ending.