The Eighth Annual Winter Film Awards begins in two days, on February 14th, in New York City, running for 10 days, showcasing 89 films from 32 countries around the world. I spoke with director and actor, Albert Fry Jr., about his short film, A Bitter Reckoning, which follows a small town sheriff interviewing a man about his ailing father’s recent suicide. 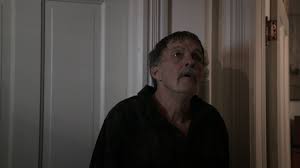 Walter Howard: Where did the idea for A Bitter Reckoning come from?

Albert Fry Jr: Well, there were three aspects that inspired it. The main one was my own father who did not commit suicide, did not talk about it, but just in my experience in watching him in his last few years, months, weeks, and especially the last six days of hospice care I spent with him, and just wondering what he was feeling, what he was going through, as he declined in health, and another big part of that, what I see as my own mortality being mirrored back to me, and I started thinking about myself, and what I’d do in his place. Would I want to take matters into my own hands? He ended up, not a great situation, he ended up in a healthcare facility, and two things, I felt like at one point, he reached a point where physically he couldn’t do anything about where he was at. He was stuck there, and second, his mind started going also, so cognitively he wasn’t able to make decisions, and so that’s what kind of inspired it. And another thing, I’d read about people who have resistance to pain medications, and I wondered what would happen in this situation where they’re failing in health, but they also can’t get relief through pain medications, or from the traditional way of assisted suicide. So I wanted to set up more of a situation of urgency. A situation where he was in pain, he couldn’t get relief, he really wants to end this situation that he’s in.

WH: You co-directed with Amber LeRae Earls. Was that always the plan for this film?

AF: It was. That’s one of the big challenges for me. Trying to act in and direct my own films. I find it very challenging. This film is important enough to me that I wanted some help. Amber Earls was my co-director. I enlisted her with the main purpose of having eyes on me, and helping direct me and my own performance.

WH: When did she enter the project? At which point in the process?

AF: Fairly later on. She came in maybe two weeks before we started shooting. Actually, I was looking for a unit production manager, and I had one who became busy with some other work, and was going to have to step down from that position, so I actually enlisted her first as a UPM. But I also asked her about this idea of being my co-director, and I was talking with a couple people about the position, and she was one of about three I was talking to. She was open to it. I knew some of her work. I was a fan of her work that I’d seen, and I knew that she could be an effective director.

WH: How did you first meet her?

AF: I met her, let me think here, it’s been about, maybe four or five years ago, at an audition for one of her projects she was producing, and I went in to audition for that project. Didn’t get the part (laughs), but that’s where I met her.

WH: You filmed in Albuquerque, New Mexico, and you opened the film with some impressive aerial shots over the river, the woods, how did you achieve these shots?

AF: Actually those shots weren’t in Albuquerque. I was trying to create a setting that could be any Smalltown, U.S.A. New Mexico has a very, you know, its own distinct southwest style, and so I was trying to stay away from southwest style houses, or landscaping, or anything that would signal southwest. We found this nice house in a part of Albuquerque that was older Victorian, which is a little bit different than most of the city. The park worked well, because it didn’t have any houses around that had this southwestern architecture. We do have a river here. The Rio Grande runs through here, and there’s a lot of nice trees around it. I wanted to film, I wanted to get some footage of that, but the timing just wasn’t right. I tried to line up a drone pilot to film along the river for me, and I wanted to catch the Autumn leaves. Also Autumn was important for me. The river was important, and Autumn colors. I wanted both of those. By the time we got out there for some footage, it was too windy, and the next time we got out there, it was too late. We lost a lot of the color. We’d gotten our first frost and everything just started dropping. So those two shots, I found on Shutterstock, and that river’s actually outside of Morristown, New Jersey. I found that, and then the closeup of the town, I don’t even know where that is. It’s just described as-

AF: U.S.A, exactly. It came together, and it had the look I wanted. It blended okay with the park scene in the end. We lucked out. We actually got our first frost here the night before that scene. The leaves just started to drop. You see the sidewalk covered with leaves when the Sheriff pulls up. Someone asked me if we set the leaves up. No, I was just happy they fell down. A couple more days and they all would have been gone. The timing was perfect on that, and everything matched up pretty well.

WH: What did Smalltown, U.S.A lend to this story you tell in the film?

AF: I think what I was hoping is that anybody could relate to it. I don’t want anyone taken out of the story, because of locale. I wanted anybody to think, okay, this could be my hometown. This could be a situation in my own family. I was afraid if it looked too southwest, it would take people out of that. Maybe your mind would go to the architecture or the setting more than something they could all relate to.

WH: The structure of the film’s intriguing. You have two character in a room, working backwards through the story. One character has a clear picture of what’s happened. The other has an idea. When did you decide to tell the story in this way?

AF: I thought it would be interesting to do it in a flashback form probably because I wanted to build this relationship between Lester and the Sheriff. The Sheriff has his own thing going on too, and I always give backstory to my characters, and his backstory was that his Father had also died, and he watched his Father go through a similar thing that Lester’s father was going through. Now his mother’s going through the same thing. His mother’s just about at the point where she needs to go in to hospice care, and he knows that. I wanted the dynamic of the two, wondering what is going on in the Sheriff’s mind. I think a normal situation, and I had a good forensic adviser, a friend of mine, who’s a retired Sheriff’s deputy, 25 years in the Sheriff’s department, who’s also an actor, I talked to him about this and he said in a normal situation, they would haul Lester down to the office, and hold the interrogation, so why did the Sheriff come to his house? And he came on a Sunday. It’s because the Sheriff has something going on too. He maybe suspects some hospital foul play, and maybe even Lester pulled the trigger himself, he doesn’t know. Originally, when I wrote the first draft, it was just the interview between the Sheriff and Lester. That’s all it was. I went back and added the flashbacks to show what happened. That’s where all the action was. I just thought it would be an interesting way to tell the story.

WH: You talked about your inspiration, your personal reasons for writing the story. Empathy struck me as the main theme of the film. It’s centered around a horrific situation. The characters are asked to put empathy into action. What interested you about this idea?

AF: I’ve thought a lot about this whole assisted suicide, end of life. I’m a proponent of assisted suicide, and that’s part of it. There’s so many different aspects to that too. It’s not just cut and dry. A lot of people have different thoughts. A lot of it can depend on the people and the situation. I wanted to create something a little different. There have been a lot of films done on the Dr. Kevorkian style. Hook up a machine, pump them full of drugs until they overdose. I didn’t want to go that route. I wanted something a little different. The title A Bitter Reckoning, what is a bitter reckoning? A reckoning is Lester trying to reconcile his feelings, his father wants Lester to help him with this, but Lester can’t do it at first. There’s a fine line between that and murder. He doesn’t want to pull the trigger. The reckoning he comes to is okay, I have to help my father do this, but it’s a bitter reckoning because it’s not something he wants to do. He comes to understand his father’s ready.

WH: The Sheriff, you mentioned coming up with a backstory for him, you see him visit his mother in the end. Is he inspired by Lester? Maybe just a reminder not take their time for granted. What do you see happening in his character?

AF: I think in his character, he’s already gone through this with his father, and actually, his backstory is my backstory. I watched my father go through this. That’s what inspired all this. I watched my father end up in a healthcare facility. Have no control over what’s happening. It wasn’t nice watching the last few weeks, few months. My father was a very strong, hard worker his whole life. To watch him end up in that place was very hard. That’s now the Sheriff’s backstory. And my mother’s health also started failing. In fact, she was also in hospice care, and she actually just passed away on me Christmas Eve. I was with her too. Her last days. That was his backstory. I think that’s what makes him empathetic towards Lester and make the decision not to prosecute it.