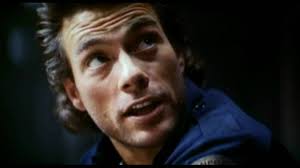 Don’t think too much on this one. All time-travel movies are open to questions of logic. Timecop just flat out doesn’t seem to care. I think that approach is best with an action flick meant to entertain more than provoke. Timecop stars Jean-Claude Van Damme, in his most grounded performance, as a man whose job it is to monitor crimes committed by time travelers. He has his eyes on Senator McComb (Silver), whom he believes is using time travel to steal money for his presidential campaign. He also thinks McComb has something to do with the unsolved murder of his wife a decade earlier. Timecop is a solidly crafted thriller that gives the illusion of being a high-concept film without ever bogging down in any high concepts. It’s an action film with plenty of action and a strong supporting cast led by Ron Silver’s turn as the bad guy. Over-the-top performances from them would have been fatal and the best Timecop could have hoped for would be to have some camp value. As it is, it’s a good movie.