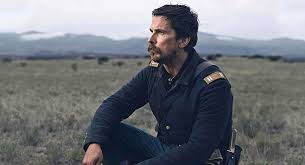 As tormented as he is revered, Army Captain Joseph Blocker (Bale) begrudgingly accepts his mission to deliver an aging Indian war chief (Studi) and the man’s family to their native home. Along the way, Blocker and his men are confronted with Comanche war groups, past demons, and a grieving widow played by Rosamund Pike. Some may find the film too derivative. The influence of John Ford’s The Searchers goes beyond homage at times. I’ve read others questioning its pace or bemoaning the violent bigotry of Bale’s character. I found it to be an exceptionally made, expertly performed western. Bale, in particular, does a delicate job of not hiding his character’s racism and notorious past, and not overplaying the character’s kinder, more redemptive moments. His deft handling of the material is the key to its success, but director, Scott Cooper, gives all of his actors their moments, and the result is a quiet romantic, intimate, superior western.