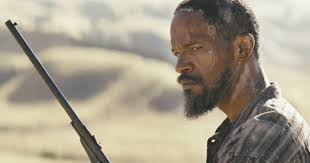 My second favorite Tarantino flick coming off the heels of Inglourious Basterds, my favorite. Django is a wild picture. A kooky bounty hunter, named King Schultz (Waltz), strikes a deal with the formerly enslaved Django (Foxx) which ultimately leads to a strange friendship between the two and a mission to save the latter’s wife from the insanely evil Candyland plantation. So many flourishes and indulgences, and although not all of them work (Tarantino’s cameo as an Aussie for one), the film as a whole is incredible. Waltz and Foxx make a memorable odd couple, Jackson is diabolical as the loyal slave, Stephen, and the soundtrack, as we’ve come to expect from the director, is surprising and perfect.