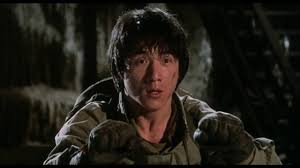 Jackie Chan plays the Chinese Indiana Jones, roped into helping his ex-best friend and the girl that came between them. To save her, the two have to locate and bring in pieces of armour collectively known as the armour of God in exchange. They trace the treasure to an evil underground cult hidden in a monastery. Like the best of Jackie Chan’s movies, Armour of God is light on plot and heavy on action. He’s amazing, and his fight late in this picture against evil fembots is a standout.