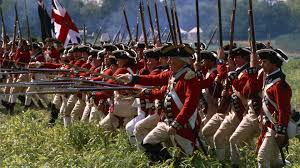 A reluctant patriot, infamous war hero of the French and Indian campaign, and intimidating father figure, Benjamin Martin (Gibson), now a widower, does all he can to protect his family as the Revolutionary War rages on. After a sadistic Redcoat Colonel, Tavington (Isaacs), murders Benjamin’s second son, the old veteran finds that he can standby no more. There’s such a long and equal list of pros and cons for this film that they should cancel each other out, rendering me neutral on its verdict. However, though the cons may equal the pros in quantity, there’s a significant difference in quality. All this to say, I recognize that The Patriot is a flagrant Hollywood fantasy. I recognize some of the absurdities of the action sequences and their contrived nature (Benjamin and Tavington having a one on one in the midst of a battle for example). I wince at some of the treacly moments, and yet The Patriot is a completely satisfying film. It’s 18th century Die Hard, and I’m fine with that. Mel Gibson goes a long way to making the trumped-up revenge plot believable, giving an excellent performance, and Jason Isaacs makes a character that is over the top evil seem perfectly natural. The visuals and action sequences too, are first-rate.