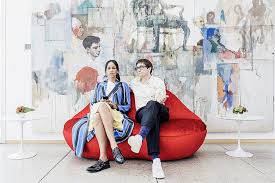 A collage of art world characters interweave, led by Morf (Gyllenhaal), a harsh but influential critic, Rhodora (Russo), a cutthroat art dealer, Josephina (Ashton), an upstart who proves to be a little more ruthless than she appears at first glance, Gretchen (Collette), a vapid, gossipy curator, and Piers (Malkovich), an artist with integrity, but going through something of an existential crisis. These characters are a blast to watch and had Velvet Buzzsaw abandoned plot, and instead focused on observation, it likely would have had broader appeal. Great art isn’t about broad appeal though, and like many famous paintings, Velvet Buzzsaw turns out to be a vibrant, chaotic work. All hell breaks loose around the midpoint, and Velvet Buzzsaw becomes a wildly different film than what I expected. I’ll leave off details. I believe you owe it to yourself to be surprised by its direction. It’s over the top performances mixed with restrained, rather tame instances of horror.