I’m not sure what to expect from the Oscars this year. We are 9 days away from nominations being announced and a mere month and a half away from the actual show. I’ve been wondering for a while when the producers would pick their new host, but now, through a basic google search, learn that this year’s Oscars will be without a host, and will simply have a series of presenters. That sounds awful, though it’s not without precedent apparently. Another basic google search reveals that the 1989 Academy Awards went on without a host. Looking at reviews of that ceremony doesn’t inspire confidence. Gregory Peck, Julie Andrews, Paul Newman, and Billy Wilder called it an embarrassment. 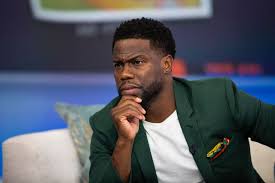 *Overreaction warning:* The backlash Kevin Hart received and subsequent resignation from Oscar hosting duties is yet another example of ultra-toxic Twitter ruining the award ceremony. Twitter junkies, people who have no power whatsoever in reality, have found a malignant sense of power on social media, but it only works en masse, and it doesn’t mix well with reason. Why are you, the Academy, listening to them?

Kevin Hart shouldn’t have to apologize for bad jokes made several years ago, especially when he’s already apologized. Whether you’re a fan of his comedy or not, Hart has a considerable fan base, and he’s an entertainer. He’s capable of handling this enormous job, or, I guess, he was.

As only a moderate fan of Hart’s, the bigger issue to me is that I’m afraid we’ve seen the last of edgy comedians hosting the Oscars. Every comic worth his salt has a joke or two in their past that will get them disbarred by the Twitter PC authorities. If it’s true, as has been reported, that no one wanted to host the Oscars before the Hart blowup, then it’s doubly true now.

I’ve already shared my feelings on 2018 as a film year. In a word, weak. Naturally, the Oscar nominations in a week or so will reflect the lack of strong candidates mainly in the Best Picture category (there were many fine performances this year). Bohemian Rhapsody won the Golden Globe’s equivalent of Best Picture. That’s almost absurd. It’s an entertaining film, and I certainly won’t be upset about a Rami Malek victory, but the overall picture is lacking. Since the quality of candidates is down, how about some parity? A grand mystery: what will win this year’s Best Picture. Every year, we’re pretty sure what will win or we know it’s between two films. This year: How about shock and awe?

The Golden Globes granted some clarity in terms of award season favorites. I wouldn’t be upset if the Globe winners in the acting categories carry over into the Oscars. Malek and Ali’s performances I’ve seen, and would like to see rewarded. I haven’t seen Olivia Coleman’s performance in The Favourite or Regina King in If Beale Street Could Talk, but those are two films I eagerly anticipate watching.

If Alfonso Cuarón wins his second Oscar this year, that would make it 5 times in the last 6 years that a Mexican director has won Best Director. Quite an impressive run made by three talented artists. A foreign film has never won Best Picture, but what if this was the year? I’d almost be disappointed since Roma is not a masterpiece in my estimation, and I wish something like Pan’s Labyrinth or Talk to Her took the honor.

Actors don’t seem to realize that the Oscars is a show, and as such, needs to be entertaining. I’m crossing my fingers for a sense of pace, some showbiz razzle-dazzle, and a limited amount of self -aggrandizing motivational speeches. Also, I might agree with an actor politically, but that doesn’t mean I want to hear about it in this setting.

RIP to the Academy Award for Outstanding Achievement in Popular Film. You were a horrible idea, and I’m so glad that you will never see the light of day. What does achievement in popular film even mean? If they were going to go through with this award, instead of handing the winner a trophy, they should have them stand in front of the podium as a bucket of Nickelodeon slime flips over and spills its contents all over them. Has anyone said yet whether the other horrible idea (technical awards being handed out before broadcast) was scrapped also?