Sayonara 2018. You were one of the weakest movie years in recent memory. Fanboys might point to Black Panther (decent) or Avengers: Infinity War (strong, though incomplete), but what truly great films did the year have to offer. 2018 was mired in sequels. Look at the year end top grossers: Marvel, sequels, and remakes.

This wouldn’t be much of a problem if Oscar season hadn’t been so underwhelming. What are the big Oscar contenders this year? I don’t even know what the favorites are at this point, because nothing really stands out. A Star is Born was a good film. Roma was a good film. What else? There are a few films I still need to see: Green Book, Widows, and If Beale Street Could Talk. Hopefully, I’ll be blown away by one of these. Then, of course, I’ll eventually get to see some of the big foreign films of the year. 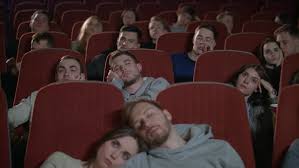 In any case, I couldn’t be more ready for 2019 with the potential of being a tremendous year. Right out of the gate, we get Glass (the conclusion to M. Night Shyamalan’s brilliant trilogy), and How to Train Your Dragon 3.

In 2019, Disney will be Scrooge McDuck, jumping off of a diving board, into a pool of money. Look at their lienup: The Lion King CGI remake, Aladdin live-action remake, Toy Story 4, Star Wars: episode 9, Dumbo, Avengers: Endgame, Frozen 2, Artemis Fowl, and Spiderman: Far From Home.

My most anticipated films of the year are: Us, Jordan Peele’s new horror flick, Wonder Woman 1984, Glass, the Star Wars finale, and Tarantino’s Once Upon a Time in Hollywood.