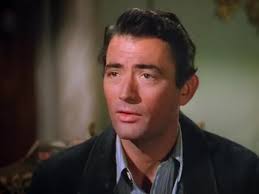 Based on a Mark Twain story, Gregory Peck plays Henry Adams, an American sailor stranded in England, who gets roped into a curious wager between wealthy brothers, Oliver and Rodrick Montpelier. They give him a million pound note, and Oliver believes that the mere possession of that note will carry Henry through English society without ever having to spend a dime (or a farthing). People behave differently around wealthy gentlemen. Suddenly, when it appears that Henry least needs it, people cannot wait to give him free things. Women flock to him. Designers flock to him. This story is as salient today as when Twain wrote it in 1893, or when this film was released in 1954, filmed in bright, lush colors and given a terrific star turn from one of the greats, Gregory Peck. I can also see it inspiring Trading Places.