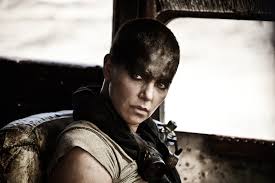 Mad Max returns after several decades hiatus, this time with Tom Hardy taking over from a Mel Gibson, who at this point was still very much in the doghouse. Max reluctantly joins Furiosa (Theron), who’s helping a group of women escape their lives as concubines to cult of personality, Immortan Joe. Paced and filmed like a comic book, or perhaps like an old road runner cartoon, Fury Road is a complete original. I love every Mad Max film, even Thunderdome, and this is one of the best. I will always wish that Mel Gibson was in this, but Tom Hardy fills in admirably. Theron and the horde of strong women are the real stars though.