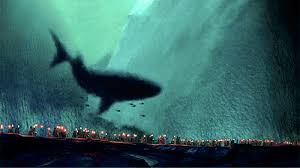 This film, from the days when Dreamworks Animation was just getting started, unsure of its direction or how to separate itself from Disney, is more ambitious and accomplished than the last dozen or so movies the, now established, studio has made. Prince of Egypt is a not completely faithful, but respectful and commendable adaptation of the story of Moses, opening with a tremendous sequence of animation depicting baby Moses’ journey down the Nile, and ending after the crossing of the Red Sea. The voice cast, specifically Ralph Fiennes and Val Kilmer as Ramesses and Moses, do truly excellent work, and the animation has not dated one bit. The story is condensed, obviously not going for the effect of four hour epic, The Ten Commandments, but instead telling this classic story efficiently and compellingly.