I’ve seen most movies. I’ve withstood numerous questions challenging my expertise, and all manner of trivia. Whatever type of film you want to throw at me, I’ve probably seen it: Bollywood, Martial Arts, Horror, ’30s Screwball Comedy, Surfer films of the ’60s, Italian Giallos, Westerns, European prize winners, flat out horrible films, what-have-you. But, alas, I haven’t seen every movie, though it’s my nonviable dream to do so. And, at the end of the day, if I had seen every film, what would I have left to do with my life? In any case, once a year, I make a list of a 100 films I haven’t seen that I deem most crucial for me to watch. Here are 10 films off of that list that would surprise people who know me. 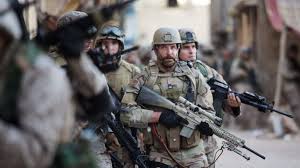 Why haven’t I seen this yet? I ask myself this question. Directed by Clint Eastwood and starring an Oscar nominated Bradley Cooper, American Sniper was a massive hit, making over $500 million world-wide. My first thought was, “it must have come out while you were in bootcamp.” Looking at its release date, I can see that’s clearly not the case. I was in college when it came out, and had plenty of time to stop by the local theater. I really don’t remember why I missed this film in theaters, and since then, I’ve just gone by, pretending I’ve seen it when talking to friends or family. Enough is enough. Time to watch it. It’s not even that I’m not interested. Who knows? 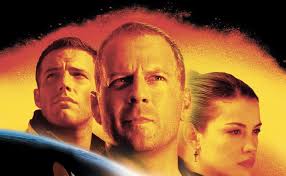 I haven’t seen Armageddon, because it looks like a bad film. I haven’t enjoyed a single Michael Bay movie I’ve watched, and, despite the dozens of bad films I find amusing, his movies don’t even provide a basic camp level of entertainment. They’re big, long, loud, and dumb, but it’s important to me not to judge a film before I’ve seen it. I may have already written Armageddon off in my mind, but it’s time I give it its fair chance. People seemed to like it (not critics, critics aren’t people). It made $550 million. 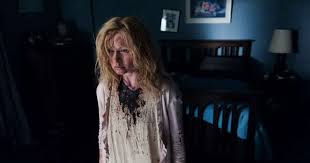 Here’s a film I started, really enjoyed, but was then cut off from. External circumstances. This Australian horror film received rave reviews upon release. A rare horror flick directed by a woman, apparently a promising new talent, Jennifer Kent, The Babadook is really my kind of movie. It’s been on Netflix for quite some time now, so my excuses are moot. Watch it! I’m sure by the time I sit down to watch it on Netflix, it will be gone.

Not all that interested in this one. Seems a bit gimmicky, and I missed the moment. It was a colossal hit in 1999, a unique point in movie history, better remembered for its innovative marketing campaign than for its product. It was one of the earliest pictures to make use of the internet in terms of advertising. Is the movie itself good? I’m really the only opinion I trust, so I’ll just have to watch and see for myself. 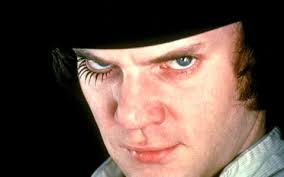 Both film and novel, I’ve started and stopped A Clockwork Orange a half dozen times now. Both film and novel are seated at the top of my to-do list. As for the film, directed by the great Stanley Kubrick, I know it’s going to be a rough watch, but at some point, I need to suck it up, and push through. 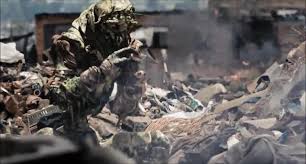 Using an alien invasion as an allegory for apartheid in South Africa, Neill Blomkamp’s District 9 hit in a big way. It earned back 7 times its budget, and received 4 Oscar nominations including Best Picture. I don’t know what’s keeping me from seeing this. In truth, there are certain films that I have an irrational indifference to, and District 9 is one. 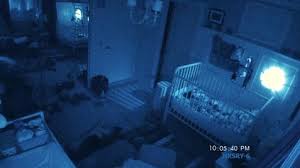 I missed this supernatural found footage film, and by the time I looked up again, there were already like 5 of them, watering down the whole product, making me not care. Still, I’ve heard it was legitimately scary, and well-made, so I’ll give it a shot.

I’ve seen a dozen Ingmar Bergman movies; a couple I love, some I hate, most I found boring. I haven’t seen his most famous work (at least internationally) which is The Seventh Seal starring Max Von Sydow as Death incarnate. A film buff needs to see this film. It’s as simple as that. 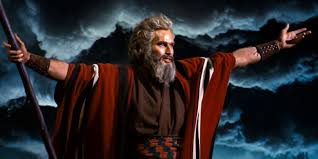 This 4 hour epic rendition of Moses’ story is one of the biggest hits of all-time. I’ve seen bits and pieces, but have never sat down on Easter and watched it from start to finish like so many people. 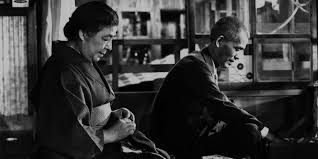 Again, a true film buff has seen Tokyo Story. I have the means (I’ve owned a copy for some time now), and it’s just a matter of watching it. I guess I hear the film described as leisurely paced or languid and I get intimidated.