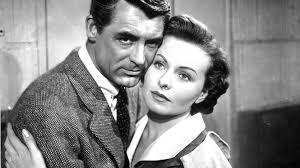 I wonder what it is that makes me quicker to forgive an old movie for being sentimental. I enjoy a degree of treacle in Hollywood’s classics, but use it in a modern picture and that film will be written off as old-fashioned, or, maybe old Hollywood was just better at it; pulling the heart strings, signaling the violins to come sweeping in, having its stars hold each other in perfect framing as they look off into the distance. People Will Talk is such a film. Dr. Noah Praetorius (Grant) is as whimsical a doctor as he is mysterious. He gets one of his toughest cases when he meets a woman, Deborah (Crain), who is in a bad way, and feeling suicidal from fear of telling her father. The stars are wonderful here and Grant givies one of his very best performances, with much help from a script that takes a maudlin plot and instead goes for an intelligent, poignant tone that eschews popular melodrama. The dialogue, written by Mankiewicz a year after his masterpiece All About Eve, is sparkling.