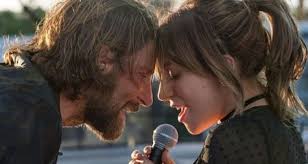 Every film, or any work of art for that matter, is essentially a vanity project. Every artist has an ego. For whatever reason, whenever an actor decides to take a risk and try directing a film, it gets belittled as a vanity project. I think it should be completely a matter of, “is the film good or not?” Anything else is secondary if salient at all, and Bradley Cooper’s A Star is Born is a good film. Not great. This is the fourth version of the tragic romance, and incapable of surprising most viewers, but what works are the performances from a well-rounded cast led by stars Cooper and Lady Gaga, filled out perfectly by two offbeat choices in Andrew Dice Clay as Gaga’s father and Sam Elliot as Cooper’s brother. One fear I had going in was that Cooper might put too strong a focus on himself as the lead in the film, but I feel he gave every actor their moments, and ultimately allowed Lady Gaga to showcase her unbelievable talent. Credit also should be given to the amount of authenticity he brings to the material, which is, and always has been, clichéd melodrama. Though this Star is Born falls short of George Cukor’s 1954 version, starring James Mason and featuring a towering performance from Judy Garland, it does beat Barbra Streisand’s take.