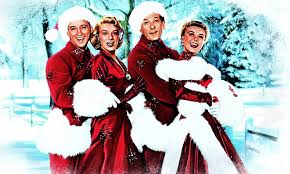 Phil Davis (Kaye) saves Bob Wallace’s (Crosby) life during the war; the big one, World War II. “How can I pay you back?” Wallace asks Davis. That’s how the unknown Phil Davis became the partner of showbiz entertainer Bob Wallace, and years later, after their partnership’s proven a success, Davis looks to play Cupid and find a wife for his friend. Chance leads the duo to rural Vermont where the beautiful Haynes sisters( Clooney and Vera-Ellen) are set to perform at a small inn. There, they find their old general runs the place, and that his inn is struggling to make money. To turn things around for him, Wallace and Davis decide to put on a Christmas show. White Christmas is a very old-fashioned film and people who don’t like that simply aren’t my people. Romantic adventures, quaint scenery in technicolor, with wonderful performers singing timeless music. What kind of Christmas movies do you like?