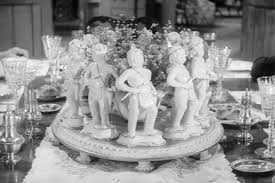 Agatha Christie’s And Then There Were None was a dark, terrifying murder mystery set on a remote island, and possibly one of the earliest precursors to the modern slasher.  In her novel, eight strangers and a married couple meet, all with criminal secrets, for what was supposed to be fun and games, but turns out to be psychotic retribution, as one among them is a killer, picking off the others one by one. This 1945 adaptation, due to restrictive production codes, couldn’t match its source’s ferocity, so instead, it provides a witty, stylish, and entertaining thriller, light on scares, but full of suspense. By going with all character actors, the film lets you know that any one can die over the course of the movie, whereas a movie star would have to survive until at least the end. Breaking the fourth wall with the character introductions was just one of director, Rene Clair’s numerous wonderful touches.