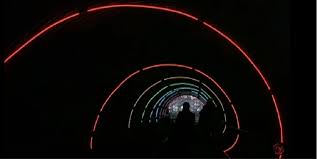 Shy, passive Emily Hollander (Shire) is the subject of an unhealthy obsession: her neighbor, Andrea (Ashley), watches her nightly from a telescope situated across the street. Andrea hires a taxi driver to rape Emily and record the act for Andrea’s voyeuristic enjoyment. Yes, it is as obscene and unpleasant as it sounds. Inspired by a love of Hitchcock and Rear Window, I’m sure, this film captures none of the old master’s skill for telling a gripping story. Directed by legendary cinematographer, Gordon Willis, this is a great looking, very atmospheric film. The problem is the script begins with an offensive premise, proceeds with no mystery or suspense, and ends with a ridiculously hollow climax.