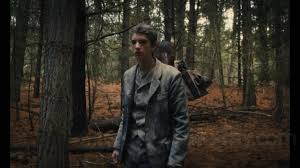 A Scottish boy, Jay Cavendish (Smit-McPhee) travels west to find the girl, Rose, he loves and plans to marry. Accompanying him is Silas (Fassbender), a jaded drifter who’s actually a bounty hunter using Jay to lead him straight to Rose, who has a $2,000 bounty on her head, with another $2,000 on her father’s head as well. Lean, fierce western, with an original visual approach to the genre, and some revisionist elements. With only a handful of characters and locations, Slow West delivers a compelling narrative that finishes poignantly and sadly.