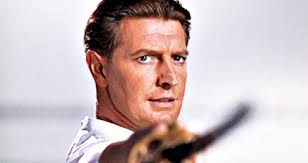 Forty years in the life of Clive Candy (Livesey) as he grows from Lieutenant in the Boer War to Major-General in World War II. Deborah Kerr costars as the woman who keeps cropping up in his life, playing three separate roles, and Anton Walbrook plays Theo Kretschmar-Schuldorff, a German officer chosen to duel Clive on behalf of all German officers, who later becomes his closest friend. Romantic vision of a British soldier, The Life and Death of Colonel Blimp beautifully captures the passing of time, with much joy and sadness in between. Endearing performances from the leads who would all factor in to other great Powell and Pressburger films, and like these other films, The Life and Death of Colonel Blimp is a magnificent testament to Technicolor. Among the most handsome pictures ever produced.