What is it that we like about James Bond? My first experience with the character and the franchise, Goldfinger (1964), starring Sean Connery, left me bewildered and significantly entertained. Bewildered because, at times, in one scene in particular, Bond wasn’t very heroic. I remember a stressful sequence where his “love interest,” Tilly (Tania Mallet) gets in a bind, and I’m thinking, how will Bond rescue her? The answer: he doesn’t. She dies, and he moves on pretty quickly. Not to mention, Tilly was already the sister of another girl, Jill (Shirley Eaton), he slept with and saw die earlier in the film. I’ve since seen at least 20 Bond flicks, and you learn to put up with a fair share of eye rolling and questionable antics (though the franchise has improved in some areas). All the accusations of misogyny and sexism are valid, and yet I, along with many people around the world enjoy these films, and it has to do with the opening music number, the title sequences, the action, the gadgets, the cars, the beautiful women, outlandish villains, and exotic locations, all surrounding a central character that’s supposed to embody cool. Sean Connery, the prototype, did that, and I think Idris Elba could do that too, given the chance. Rumors leaked out at the end of this past week that he’s being given strong consideration, and I think (though there could always be some dark horse unknown candidate) that he’s the right man for the job. 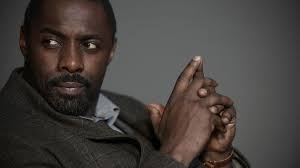 Before getting in to his qualifications- because I honestly think they should go without saying-let me address the objections people seem to have. He’s 45 at the moment. In other words, too old for the role. That’s pretty weak, and there’s precedents in the Bond franchise (as well as the fact that Tom Cruise is 56 years old and going strong in his Mission Impossible franchise) that render that argument groundless. I mean, Daniel Craig is 50 right now, and everyone seems pretty excited about his coming back for one more Bond film. Roger Moore did Bond until he was 58, and did his best Bond movie, The Spy Who Loved Me, at 50. Honestly, the only young Bonds were the first two, Connery and the woeful George Lazenby. I don’t believe people actually care how old Bond is. The real objection is, of course, the idea of a black Bond, and I don’t personally dismiss it as mere racism. “Why not get your own character,” some say? I think Doctor Who’s dealing with some of these feelings with the casting of Jodie Whittaker; a female stepping into a, heretofore, male role. I know I might be a little upset if, say, they rebooted Indiana Jones as a female character, but a reboot is different from Doctor Who and Bond, series without end. Changing Bond’s skin color, in reality, does not alter his character in any way. It doesn’t, and that’s the distinction I would make. Bond is a supremely skilled assassin and lady killer, always ready to save the world. Idris Elba in that role would still be that.

The original author, Ian Fleming, supposedly modeled the character after himself and American pianist Hoagy Carmichael. 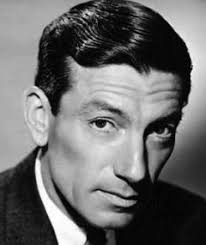 Eon Productions, the studio behind the films, has long left this image behind. Sean Connery became the standard bearer, truly, as soon as Dr. No hit. Tall, dark, and handsome became synonymous with Bond, and I’d argue that Daniel Craig veers furthest from this original film image. Shorter in comparison to earlier Bonds, blonde, and yet he proved to reinvigorate the series, and was a wise choice. How do you follow Craig? Eon could get a younger Craig-type, or they could be bold, which they always have been, which is why the franchise is ongoing and successful. Idris Elba already has an audience, he’s a strong actor, he’s cool, and I’d be anxious to see what he did with the role. Picking Elba is rolling the dice, whereas going with what’s already been done will make Bond stagnant. To be clear, Bond doesn’t need to be black to be exciting moving forward. I’ve heard Tom Hardy’s name tossed around. That could be good, or maybe there’s some guy that I don’t know, but the next Bond needs to be different, and why not Idris Elba?