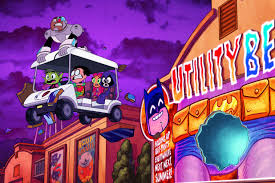 Theatrical film given to the cast of the popular cartoon television series, Teen Titans Go! starring Robin, Raven, Beast Boy, Starfire, and Cyborg, who work desperately to be taken seriously and get their own film (like Wonder Woman, Superman, Green Lantern, and Batman). Although no more than an extended episode of the show, Teen Titans Go! to the Movies had the children in the theater in stitches, and I laughed out loud several times, myself. It has as much meta humor and sly references as a Deadpool movie. Not much substance, but plenty of laughs.