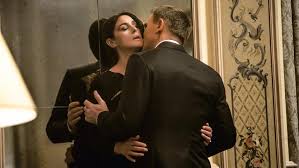 Bond (Craig) returns, as promised, following the deceased, former M’s (Judi Dench) orders that leads to an underground criminal enterprise, Spectre, and its enigmatic leader, Blofeld (Waltz). Bond gets help in finding Blofeld from an excommunicated member of Spectre, known as Mr. White, as well as Mr. White’s beautiful daughter, Madeleine Swan (Seydoux), while being tracked by the deadly Mr. Hinx (Bautista). Formulaic to some, Spectre is everything I like in a Bond film. Great locations, imposing villains, beautiful women. Though less inspired and spectacular as the best in the series, Spectre is a beautiful, thrilling diversion.