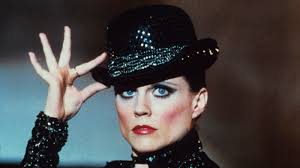 All That Jazz is a look at the life of artist, dancer, choreographer, womanizer, filmmaker, and father, Joe Gideon (Scheider). A very candid look since Joe Gideon is so plainly based on the director, Bob Fosse, himself. He recalls key moments in his life, mixed with the frustration of editing his first non-musical film, and trying to stage a production for Broadway at the same time, all while his health gradually declines. It’s a dizzying, messy film, but one that I think perfectly captures the mindset of someone attempting to achieve greatness while constantly plagued by self-doubt and his own weaknesses. If some scenes work better than others, at least the the film as a whole can be said to have put on a show, and allowed keen insight into the life of its maker. How can a film like this not be indulgent? And is that really a negative thing as some critics believe? I say no.