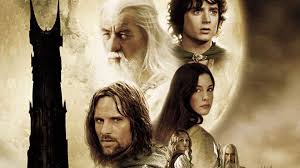 Continuation of Frodo Baggins’ (Wood) epic journey to destroy the One Ring in the fires of Mordor, led by the pitiable, treacherous Gollum (Serkis), and accompanied by brave, loyal Sam (Astin). The rest of Frodo’s former travel mates-Aragorn (Mortensen), Legolas (Bloom), and Gimli (Rhys-Davies)-search for Merry (Monaghan) and Pippin (Boyd), who’ve been captured by Orcs. This leads them to the center of Saruman’s plan to wipe out the remaining humans. Aragorn fights back with the men of Rohan. The entire Lord of the Rings Saga is top of the line fantasy and world building. This second chapter brings in new great characters, and offers one of the best battle sequences in movie history: the final 40 minutes is dedicated to the extended fight at Helm’s Deep in the rain.