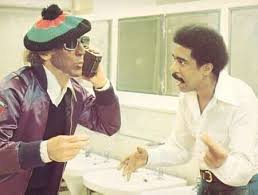 Early action comedy and first film pairing of Gene Wilder and Richard Pryor sees the former as George, wrongfully accused of murder aboard the Silver Streak train heading from L.A to Chicago. It’s a classic case of being in the wrong place at the wrong time, and so he races to prove his innocence by catching the bad guys and saving the girl he loves, Hilly (Clayburgh), along the way. Pryor plays a quick witted thief who proves to be a loyal friend and ally to George. Ultimately too long and drawn out, making the ending anti-climactic. The best parts come early between Wilder and Clayburgh. Pryor doesn’t come until late in the picture, and he provides a comic spark that keeps the film entertaining while the action begins to drag.