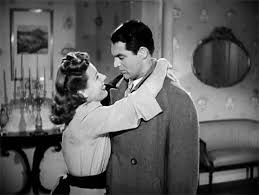 After being lost at sea for seven years and legally ruled dead, Ellen Arden (Dunne) returns home to find her husband, Nick (Grant), has remarried. Fortunately, Nick still loves Ellen and wants to reunite with her, only he doesn’t know how to tell his bride. Plus, once he finds out that Ellen wasn’t by herself at sea, but alone with the studly Steve Burkett (Scott), he begins to have second thoughts. Screwball comedy and follow up to the great film, The Awful Truth, also starring Dunne and Grant, this movie isn’t as successful as that one, but it still showcases its stars knack for this kind of humor. They’re terrific, and the film gets the most mileage out of a bizarre premise for a romantic comedy.